Dive deep into the FileMaker scripting engine with this course designed for intermediate or aspiring developers. Topics include open scripts, errors, navigation, triggers and much more! Includes a free copy of $29.95 Scripting Reference solution. 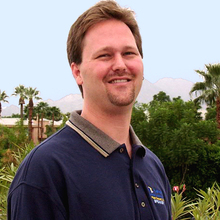 John Mark Osborne has been working with FileMaker Pro for over 20 years. He earned his FileMaker Pro degree working on the frontlines of Claris technical support. John was the Technical Lead for FileMaker, serving as an escalation path for other technical support representatives and writing a large portion of TechInfo (now called Knowledgebase), their technical information reference. John also acted as a liaison between the technical support department and the FileMaker development team, reporting bugs, attending product meetings and acting as resource for the development team.John Mark is best known as the author of the popular FileMaker Pro web site Database Pros. The Database Pros web site has been on the internet for 20 years and gets over 35,000 hits a day by offering free FileMaker Pro tips, tricks and techniques.John Mark is also well known as the co-author of the wildly popular Scriptology book and CD ROM. John Mark launched a hands-on training class based on his Scriptology book and it has become so popular that it is now taught at MacWorld Exposition in San Francisco and New York. Most recently, John Mark was one of twelve trainers in the United States authorized to teach their new FileMaker Training Series of classes.John Mark has been a featured speaker at the FileMaker Developer Conference for 15 years. At the 1999 Developer Conference, he was awarded the FileMaker Pro Excellence award for "creation of outstanding technical resources".John Mark is a former technical editors for Advisor magazine working on the tips and tricks section which is the most popular column in the magazine.John Mark has recorded beginner, intermediate and advanced tutorial videos for FileMaker 8, 9, 10, 11, 12, 13, 14 and 15 totaling thousands of hours.John Mark Osborne has been an FBA (FileMaker Business Alliance) working closely with FileMaker, Inc. and their most important customers for the past 15 years. John Mark Osborne has also passed the rigorous FileMaker 7, 8, 9, 10, 11, 12, 13, 14, 15 and 16 certification tests and is proud to display the FileMaker 7, 8, 9, 10, 11, 12, 13, 14, 15 and 16 certification logos.

John is a great professional, not only has a thorough knowledge of the product but has a clear and exhaustive explanatory teaching.

John is a great professional, not only has a thorough knowledge of the product but has a clear and exhaustive explanatory teaching.